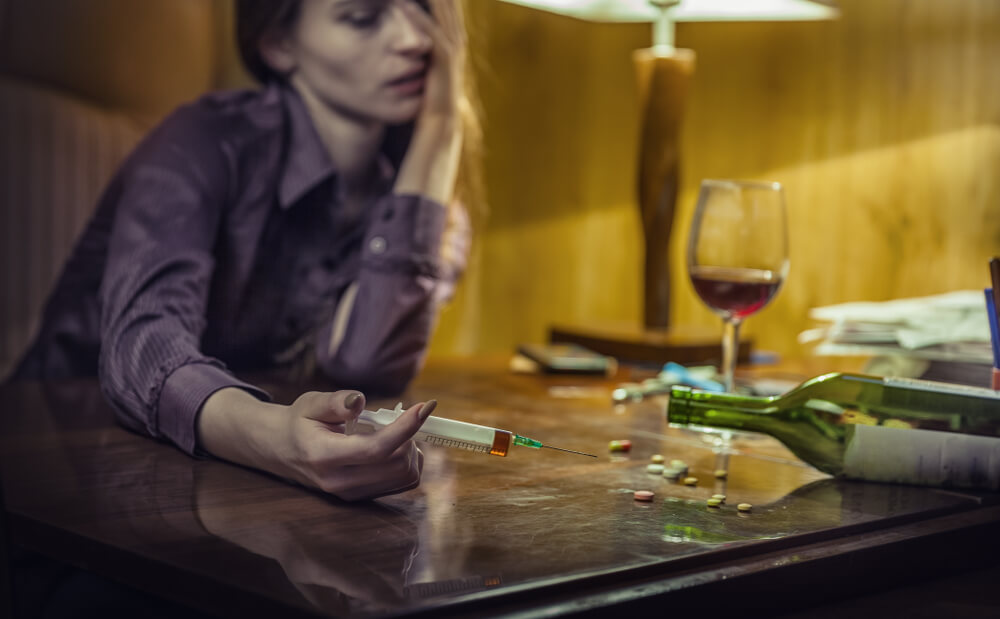 This entry was posted in Substance Abuse and tagged dangers of mixing alcohol and heroin on December 19, 2022 by Magnolia Recovery Care.
TwitterFacebookLinkedInEmailPinterest

Combining any drug with alcohol is never a good idea, but some combinations are particularly dangerous. Some people use drugs and alcohol to ‘balance’ out the effects. For instance, a person might drink alcohol to help “come down” from a stimulant high. Other people mix drugs and alcohol to achieve a more powerful effect. For instance, pairing two depressants together can magnify the effects of both substances. Continue reading to learn the dangers of mixing alcohol and heroin.

Emergency rooms are no strangers to patients who arrive for treatment for the effects of excessive drinking or heroin overdose, but they also increasingly witness patients who are under the influence of both of these substances and are suffering from their combination of effects. While overdose is a serious threat for people who use both alcohol and heroin together, other problems, including an increased risk for developing addiction, also occur. Continue reading to learn more about the dangers of mixing alcohol and heroin.

Alcohol and Heroin: A Dangerous Combination

As central nervous system depressants, alcohol and heroin both deliver sedating effects to the nervous system. While using either of these substances, users can expect to feel more relaxed–even tired and calmer. However, they also experience reduced alertness, delayed motor responses, reduced coordination, and reduced attention span. The more a person uses either substance only increases these effects and can cause others that can be even more dangerous. A person might experience blackouts, memory loss, slowed heart rate, and respiratory depression.

When a person combines alcohol and heroin, the above effects can be magnified. Some people drink and use heroin together to purposefully intensify their reaction. They may wish to achieve a more powerful feeling of euphoria. But the human body makes for a poor chemistry project when it comes to mixing drugs and alcohol. Adding too much of one or the other substance can result in overdose and even death.

Dangerous cocktails involving alcohol and drugs can lead to permanent health damage or trigger life-altering consequences. For instance, heightened responses to this combination can cause someone to lose their balance and fall. Their decision-making ability can become impeded, causing them to engage in high-risk behaviors. Mixing dangerous substances in itself is a high-risk behavior. The consequences of this dangerous behavior can result in everything from legal trouble to coma or death.

Dangers of Mixing Alcohol and Heroin

Here, we’ll outline some specific dangers that people need to be aware of if they’ve ever considered mixing alcohol and heroin or have done so but were lucky enough to escape severe consequences.

Getting Help for Someone Who Is Mixing Alcohol and Heroin

A person who mixes alcohol and heroin may or may not realize the dangers–and they may or may not be addicted to either. However, a person with an alcohol use disorder or who drinks excessively and begins to use heroin is at an increased risk for developing an addiction to heroin. A person might be addicted to either of these substances or both–the reality is that mixing both substances for the first or the 10th time can lead to a deadly result.

Engaging in a high-risk behavior like this suggests that the individual needs substance abuse treatment. The best place to get help managing this problem is at a drug and alcohol rehab center. Too often, these problems get worse without treatment.

At Magnolia, Recovery Is Possible from Addiction to Alcohol and Heroin

At Magnolia Recovery, clients enjoy a small rehab experience with individualized treatment. Our facility only accepts six patients at a time so we can provide focused attention on each. We specialize in medical detox and residential treatment programs for clients suffering from alcohol addiction, heroin addiction, or any other form of substance addiction.

We’ve created a home-like atmosphere where clients can be comfortable as they go through the recovery process. While our setting is not ‘clinical’ in the hospital sense, we are staffed by a team of credentialed and experienced clinicians who specialize in addiction medicine and therapy. We offer evidence-based therapies that have been proven as safe and effective for treating alcohol and drug addictions. We further enhance our treatment programs with alternative and holistic treatments that promise to support the recovery process.

Continuing to engage in dangerous patterns of drug and alcohol abuse has serious and, sometimes, permanent consequences. Most people who experience an overdose did so accidentally. Get help for your addiction or substance abuse problem at Magnolia Recovery. We can help you put the dangers of mixing alcohol and heroin behind you.

Magnolia Recovery… A Special Place to Learn and Heal

(747) 307-6948
Medical Disclaimer: Nothing on this Website is intended to be taken as medical advice. Before making any decisions on your physical or mental health, please consult your doctor. The staff at Magnolia Recovery Center will work with our patients on a custom diagnosis and care plan. Specific medical advice will be provided to our patients while in our care.
© Copyright 2023 Magnolia Recovery | All Rights Reserved | Sitemap | Privacy Policy | Terms of Service